Last week I was lucky enough to get a chance to attend Cisco Live in Berlin. I have been at this venue before but this is my first Cisco event and I have to say I was impressed. Hosted at the Berlin Messe it didn’t feel overly crowded yet with over 12,000 people involved in the conference it barely used up a third of the 26 halls available for events there. My reason for attending was a FlexPod round-table to be hosted jointly by people from NetApp and Cisco. I was in attendance as the voice of Arrow ECS Europe and, as the UK distributor involved in the most FlexPods, I thought it was important not only to give my feedback at this event but also to hear the messaging coming out directly from the vendors and pass this back to our reseller partners in the UK and also back to Arrow ECS. 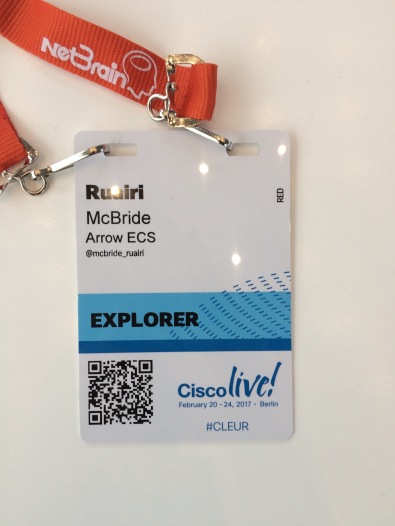 I attended the conference in both a virtual and physical capacity; virtually reviewing the content available from keynotes and also by being there on an Explorer pass. This basically got me to everything but breakout sessions. Being immersed in the Cisco community was a refreshing experience and one I would recommend. Even without attending sessions there is a huge amount of information available to gather, not just from Cisco but also from some of their strategic partners including and not limited to Veeam, F5 and Citrix.

At the round-table it was great to hear was the rate of growth from a FlexPod perspective. A partnership just over five years old and it’s an over $7 billion business, and the number 1 integrated infrastructure. It also great to see that they are not resting on their laurels with a new CVD released that week covering how to deploy FlexPod Datacenter with Docker Datacenter for Container Management and with more in the pipeline narrowing the gap between private and hybrid clouds I would have to say that this is a partnership with plenty left in the tank. 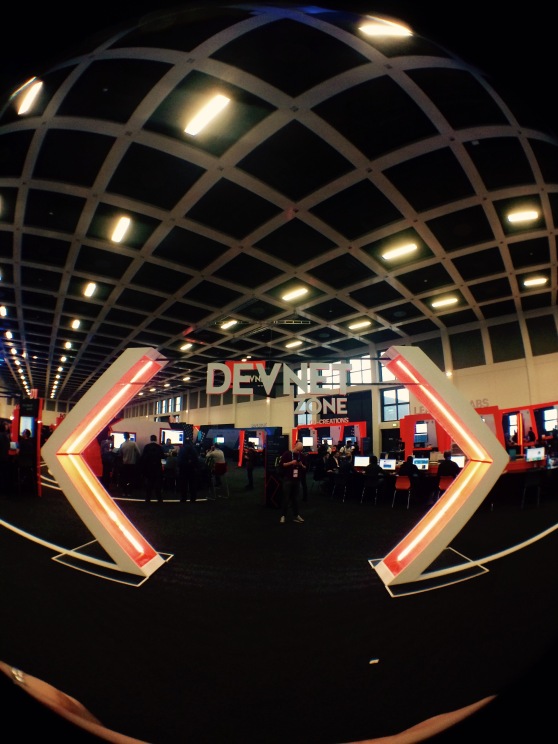 Ready for the DevOps community

I swung by the NetApp stand after and heard about another exciting FlexPod project the All Flash 3D FlexPod, and for anyone who attended the UK partner academy last June might recall a presentation on an older version of this project. We often talk about FlexPod being more than a sum of all the constituent parts and this is one case where this statement truly shines. Being used in anything from the medical profession to 4k content creation to geological applications this is a true monster and I doubt we have really scratched the surface of the areas this solution could be applicable I would suggest checking out here for more information.

It was also great to see that a MetroCluster FlexPod was running the event, by swinging by the NOC you could see the statistics in real time like the 20GB (yes Gigabytes) of internet traffic flowing around the campus supported by 968 access points (they added 75 on Tue night to improve the experience) yet with everything going on the AFF8060 never really was taxed as seen on the Graphana dashboard. 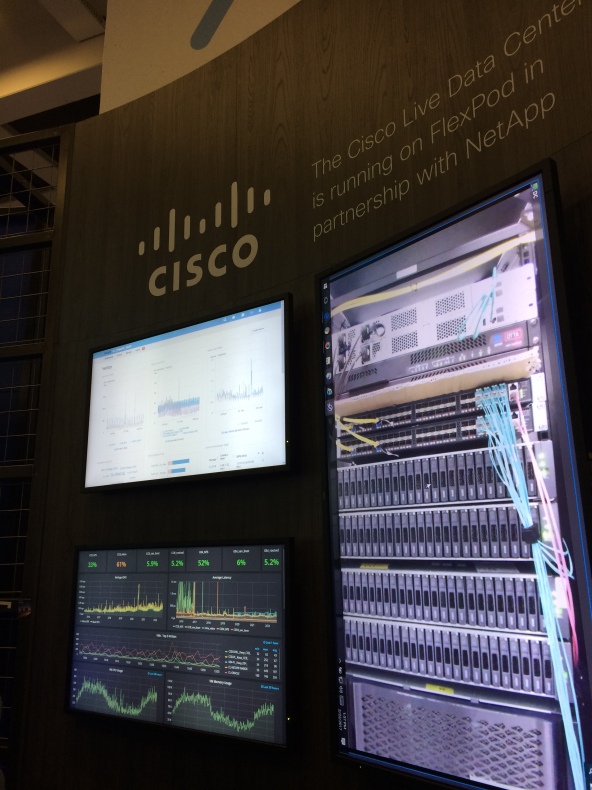 Monitoring one half of the NOC AFF FlexPod

What did hit me whilst wandering around the many halls was the vast plethora of Cisco products and how this company has evolved. I knew some of different areas they but there’s so much more than the routing and switching that the business was born out of. I talked to many interesting people covering varying business units from IOT to Digital Finance Services to business transformation. If I had had more time there there’s so much more I would have like to have done, like sat down for a few hours and run through a self-passed lab, attend one of the many of what looked like sessions in the DevOps area or even give 20 minutes of my time to their charitable cause to Rise Against Hunger. One thing that hit me was this was a company with employees understanding the companies vision, it’s like an 8 person coxed crew perfectly in time with one another lifting their stroke rate above 32 still creating perfect puddles and yet not breaking a sweat. The slogan for the event was Your Time Is Now and I have to say that we are definitely in a Cisco Era.